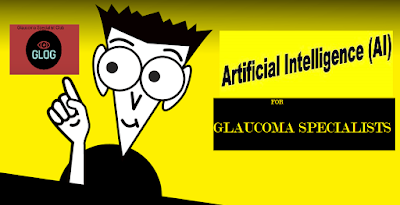 Artificial intelligence (AI) is the simulation or replication of human intelligence processes by machines, especially computer systems. These processes are basically cognitive functions seen in humans and animals, such as: learning (the acquisition of information and rules for using the information), reasoning (using rules to reach approximate or definite conclusions) and self-correction.

Simply put, AI is the intelligence which is shown by machines, unlike the “natural intelligence” shown by humans/animals. The aim of AI is to make the machines/computers reach such a level of intelligence that they can perform almost all human functions. AI was founded on the premise that human intelligence “can be so precisely described that a machine can be made to simulate it.”

AI was introduced in 1956, but was followed by some long periods during which no significant contributions were made (known as “AI winters”). Prior to that, in 1936 a British mathematician Alan Turing presented his paper entitled: “On Computable Numbers, with an Application to the Entscheidungsproblem” at the London Mathematical Society. According to the Church-Turing Hypothesis, symbols as simple as 0 and 1 could simulate any conceivable act of mathematical deduction. In other words, according to this hypothesis, digital computers can simulate any process of formal reasoning. Turing went on to comment:”If a human could not distinguish between responses from a machine and a human, the machine could be considered ‘intelligent’”. This was a historical development in the establishment of AI.

A typical AI perceives its environment and takes actions that maximize its chance of successfully and efficiently achieving the goals set for it. Such AIs are dependent on the use of “algorithms”. An algorithm is a set of unambiguous instructions that a computer can comprehend and execute. Algorithms can be “simple” or “complex”; the latter built on top of simpler algorithms. AIs can themselves be “weak”, when they perform straightforward tasks like retrieving information or acquiring images; or “strong”, capable of all and any cognitive functions that a human may have, and is in essence no different than a real human mind.

A machine can be presented with vast amounts of data (“Big data”). However, machines have to work intelligently by using only useful data out of what is presented to it. Many algorithms are capable of extrapolating from data. They take in the available data and parsing it, evaluating it and comparing different data pieces come up with results. Parsing is the analysis of a string or text into logical syntactic components. Algorithms allow the machine to learn from its operations. Algorithms can enhance themselves by learning new heuristics (strategies or rules of thumb, which have worked well in the past) or can themselves write other algorithms. Simply put, an algorithm can respond automatically by following from results of past experiences available to it (the rule of thumb) or as the machine runs, it works on sets of data which are new for it and reaches conclusions from scratch. Every new experience is used to improve the performance.

“Machine Learning” is a subfield of AI that “gives computers the ability to learn without being explicitly programmed”. In machine learning the computer is designed to optimize a performance criterion using data from past experience. “Data mining” algorithms look for characteristic patterns in the information available to them. “Machine Learning” does the same thing but improves upon this ability: the program modifies its behavior based on its learning experience.

Artificial Neural Networks (ANN or simply “neural nets”) function like machine learning algorithms with biological models applied to them. ANNs are defined as a software setup that seeks to imitate the behavior of the human brain through the use of layers of artificial neurons, which are digital constructs with weighted inputs, activation functions and outputs. We shall revisit this concept in a subsequent post on “Tools in AI”.

AI systems are already available or in development for the detection of various ophthalmic conditions such as: diabetic retinopathy, age-related macular degeneration, and glaucoma. In subsequent posts THE GLOG will look into the tools used in AI and the application of AI in glaucoma.

Posted by Editor: Syed Shoeb Ahmad; Sub-Editor: Ghuncha Khatoon at 9:46 AM No comments: 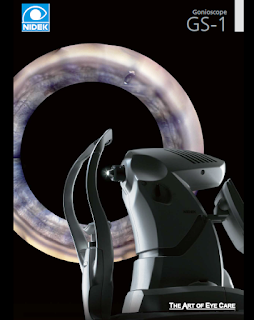 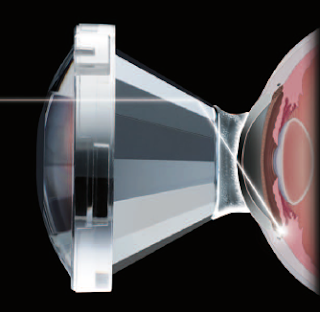 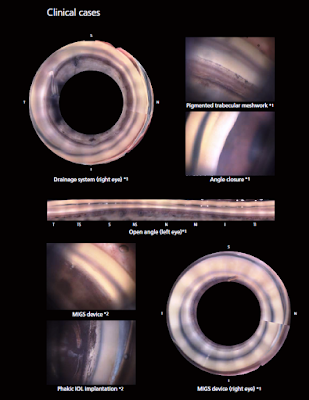 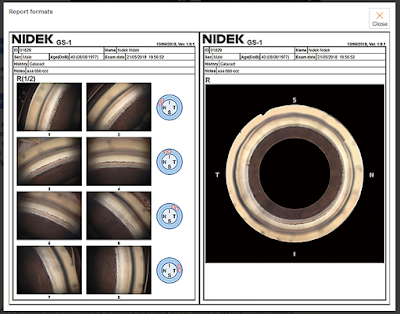 A similar condition was previously described by Lawrence in 1843.

The International Uveitis Study Group describes FUS as: A chronic, unilateral, nongranulomatous inflammation, mainly involving the anterior uvea, insidious in onset, low grade in activity, affecting both genders equally, preponderance in those between 20-45 years old, unresponsive to corticosteroid therapy, absence of systemic disorders and generally with a good prognosis except for the development of cataract and glaucoma.

However, 7.8-10% patients have bilateral disease.

Etiologic theories: Likely a true inflammation of immunologic origin, although no clear HLA association has been described. It is possibly related to depression of suppressor T-cell activity. Autoantibodies against corneal epithelium have been reported in almost 90% cases. The condition was also reported in a father-son duo afflicted with retinitis pigmentosa. A few cases with associated congenital Horner’s syndrome have been reported. Clinical association with Toxoplasmosis, due to chorioretinal scars and sarcoidosis has been suggested, but no clear evidence is available so far. Chronic rubella infection is also reported to be associated with FUS. Adrenergic denervation and sympathetic paralysis suggested as patho-genetic mechanisms as well.


Uveitis is generally mild. Patients may have a single episode with a protracted course. Although, the condition may appear intermittent initially.


Characteristic fine stellate KPs are usually seen in the lower half of cornea (occasionally involve the upper half).


Prior to the development of heterochromia, iris changes may occur in the form of smoothening of the stroma and loss of corrugations seen in a normal iris.

Nodules are often present on the pupillary borders (similar to Koeppe nodules), though they may occur on the iris surface (Busacca nodules). The nodules in FUS are typically small and translucent. Small, refractile iris crystals are also typically seen (They represent Russell bodies and can occur in other uveitic conditions). The finding of unilateral nodules in dark individuals is especially useful, as the heterochromia is less apparent in these individuals.

The anterior chamber angle is open and characteristically free of synechiae. Fine, branching, unsheathed, meandering vessels are present in the angle, often extending upto the trabecular meshwork. These vessels often give rise to filiform hemorrhages. These fine vessels may bleed spontaneously or during Tonometry, gonioscopy, mydriasis or surgery. These hemorrhages/bleeds are not associated with fibrosis or secondary angle closure glaucoma.


Anterior segment neovascularization may occur in the absence of retinal ischemia. This is also possible in chronic uveitic conditions and iris melanoma.


Vitreous cells are common. They can be dust-like to stringy or membranous veils.


Cataracts are quite frequent to develop during the course of the disease. They start as posterior subcapsular cataracts and rapidly progress to mature or hypermature stages. Surgery for cataracts may require synechialysis and complicated with postoperative marked anterior uveitis, corneal edema, hyphema, raised IOP and cystoid macular edema. Patients should be covered with peri-operative corticosteroids. Visual prognosis is usually good.


Raised intra-ocular pressure (IOP) in FUS is not as common as in PSS. It may occur as a serious complication in late stages. The mechanism for the elevated IOP is assumed to be increased outflow resistance at the level of the trabecular meshwork. The elevated IOP typically persists after resolution of the uveitis.


IOP does not respond well to corticosteroids. Occasional and short term therapy can be used to control symptomatic exacerbations. Long term steroids are ineffective and promote glaucoma/cataract formation.


A steroid trial may also help to differentiate FUS from other conditions, such as Posner Schlossman Syndrome and other acute uveitic conditions with trabeculitis, which respond well to steroids.


IOP control can be attempted medically, failing which surgical management is required. Laser trabeculoplasty should be avoided due to the inflammatory nature of the condition.

Posted by Editor: Syed Shoeb Ahmad; Sub-Editor: Ghuncha Khatoon at 4:51 AM No comments:

It is also known as: “Glaucomato-cyclitic Crisis”


It is an uncommon type of open-angle glaucoma.


First described by Posner and Schlossman in 1948.


It is usually a self-limited condition.

It has been associated with a number of systemic disorders including:

Usually seen in young-middle aged individuals, 20-50 years of age (though may occur in elderly also).


Colored halos. (Halos last several hours to a few weeks or even longer. Usually recur on monthly or yearly basis).


Hypochromia of iris (Reported in upto 40% of patients; this may cause confusion with Fuch’s Heterochromic Iridocyclitis [FHI]).

Early segmental iris ischemia with late congestion and leakage has been described.

IOP elevation may precede or follow the anterior chamber reaction.


IOP and facility of outflow return to normal between the attacks. Severe cases with optic nerve and visual field (VF) changes have been reported.


Other theories of mechanism include increased aqueous production due to elevated levels of prostaglandins in the aqueous. There is also an association with chronic open angle glaucoma.


Ancillary tests to exclude other causes of unilateral uveitis and secondary glaucoma.

Aim of treatment is controlling the inflammation and raised IOP.


Topical corticosteroids are usually effective for the uveitic component.


In confirmed CMV infection, specific treatment can be initiated and given for 2-3 months.


IOP can be controlled with aqueous suppressants. Apraclonidine was found to be particularly effective. The efficacy of PG-analogues has not been well established.


Prophylactic therapy in between the attacks is not recommended.


Glaucoma filtering surgery may be required in medically resistant cases.


Chronically high IOP with glaucomatous optic nerve degeneration has been reported in 25% cases in a study.


Patients with 10 years or more of PSS have a 2.8 times higher risk of developing glaucomatous optic nerve and VF damage, when compared to patients with less than 10 years of the disease.


PSS has also been linked to Non-Arteritic Anterior Ischemic Optic Neuropathy (NA-AION) during acute elevation of IOP in patients with small cups.

Posted by Editor: Syed Shoeb Ahmad; Sub-Editor: Ghuncha Khatoon at 3:04 AM No comments: