Dr Malik Kahook  is the Professor of Ophthalmology; Vice Chair, Clinical and Translational Research; Director of Glaucoma service and glaucoma fellowship program at the University of Colorado School of Medicine, USA.

The "Glaucoma Specialty Club: The Glog" is honored to have his views on the Kahook Dual Blade which is proving to be a new armament in our armory to fight glaucoma.

"The Kahook Dual Blade (KDB) device was launched in the United States in 2015 and is now available around the globe. This has allowed the collection of real world data regarding KDB’s utility and safety in everyday practice."

"One example of a clinical data set involved a prospective interventional case series of consecutive patients with glaucoma who had phacoemulsification plus goniotomy with KDB. Of the 71 eyes included in this study, 70% had primary open-angle glaucoma. Other diagnoses included angle-closure, pigmentary, pseudoexfoliative, and normal-tension glaucoma. Sixty-five percent of eyes were classified as having mild to moderate glaucoma and 35%, severe glaucoma. The mean baseline IOP decreased from 17.4 mm Hg ± 5.2 (SD) to 12.8 ± 2.6 mm Hg 6 months postoperatively and the hypotensive medication use decreased from 1.6 ± 1.3 to 0.9 ± 1.0, respectively (P < .001 and P = .005, respectively). The most common observation was blood reflux during surgery (39.4%). The authors concluded that the KDB plus phacoemulsification resulted in a significant and sustained reduction in IOP and a decrease in glaucoma medications after 6 months of follow-up.

The goal for inventing the KDB device was to find a better and more efficient method for removing a complete strip of TM using an ab interno approach while minimizing damage to surrounding tissues. The preclinical testing and subsequent clinical data collected to date reveal that the KDB can safely remove TM and allow for aqueous humor egress through the distal outflow system. The documented safety and efficacy has made KDB a valuable part of the surgical care of glaucoma patients with disease ranging from mild to end-stage while the added versatility of combining KDB with cataract surgery or as a standalone treatment has made it a mainstay in operating rooms around the globe."

A video of the KDB is available at the following website: 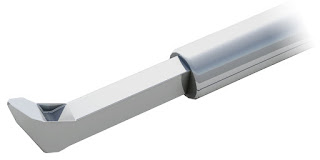 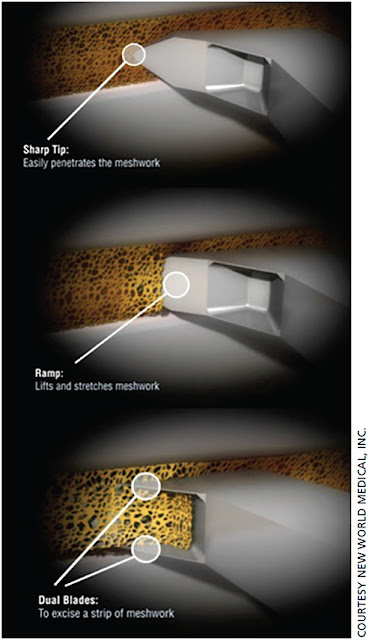