Good Clinical Practice (GCP) is a standard which needs to be observed for the proper conduct of safe and quality research. It is an “international, ethical and scientific quality standard for the design, conduct, performance, monitoring, auditing, recording, analysis and reporting of clinical trials involving the participation of human subjects”. 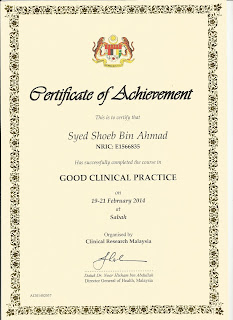 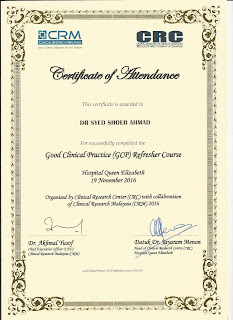 The term “subject” is now regarded as politically-incorrect and demeaning so it is suggested to use terms like “individuals” and “patients”. However, since the GCP Guidelines still mention subject, I have retained the term wherever necessary.

The basic principles of GCP are provided in the ICH Harmonized Tripartite Guidelines [Guideline for Good Clinical Practice E6(R1)]. The initial ICH-GCP Guideline was developed to provide a unified standard for the European Union, Japan and United States to facilitate the mutual acceptance of clinical data by the regulatory authorities in these jurisdictions. However, later other countries came up with their own GCP Guidelines based on the tripartite agreement.

These guidelines are necessary to follow during the conduct of any clinical trial for 2 reasons:
1.       To assure the rights, safety, integrity, confidentiality and well being of the human subjects during the trial.
2.       In order to generate credible data and to maintain the integrity of data.

WHAT IS A CLINICAL TRIAL?

A clinical trial is any research study that prospectively assigns human participants or groups of humans to one or more health-related interventions to evaluate the effects on health outcomes.
It could be an investigation in human subjects, intended to discover or verify the clinical, pharmacological and/or pharmacodynamic effects of an investigational product (IP) and/or to identify any adverse reactions to the IP and/or to study the absorption, distribution, metabolism and excretion (ADME) of an IP with an objective of ascertaining it’s safety and/or efficacy.

NUREMBERG TRIAL AND THE DECLARATION OF HELSINKI:

The conduct of Clinical Trials (CT) should be based on ethical principles derived from the DECLARATION OF HELSINKI (DOH). During the Nazi era unethical research was conducted on human beings which led to the death of many individuals. The Japanese conducted similar research through their Unit 731. In 1947, after the end of World War II, Nazi doctors and scientists faced the NUREMBERG TRIAL. As a result of the trial the NUREMBERG CODE was developed which became the first codification of research guidelines to protect human subjects. The Nuremberg Code set forth 10 Articles including those relating to the assurance of safety of human beings and to assess the scientific value of the research prior to the start of any experiment. 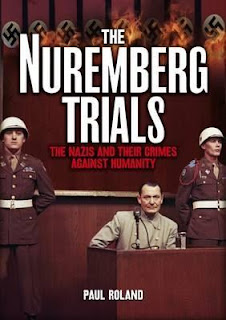 In 1964, the World Medical Association at its 18th General assembly in Helsinki extended the Nuremberg Code to include other aspects of clinical research. The DOH has subsequently undergone further revisions. 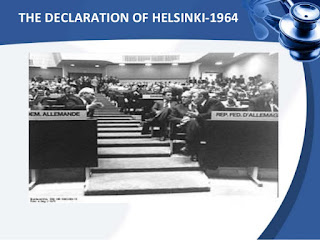 THE INTERNATIONAL CONFERENCE on HARMONIZATION (ICH)-GCP: 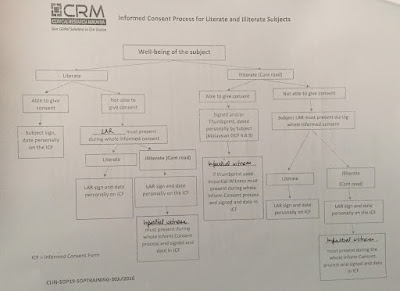 Further information regarding the GCP can be obtained online and through various courses.  It is imperative to obtain the GCP certificate in order to conduct trials in an internationally acceptable manner.
Posted by Editor: Syed Shoeb Ahmad; Sub-Editor: Ghuncha Khatoon at 6:45 AM No comments: